On the parties his name is BadBoy, Mariusz in every day. Huge fan of good and positive music. His history with music started when he was 12, when he started to take piano lessons. After 4 years with classical instruments he was fascinated by music played from gramophones. His adventure with vinyl records started in 2000. At the beginning his inspiration came from Bigbeat and Breakbeat, after he felt in love with House and Electro music. The truth is that there is no matter which of those styles he plays because he „LOVES” them all. He always tries to fulfilled expectations of rhythm for people on the party. It’s because, he has an excellent feel the rhythm of the party, and as well when he usually dance behind the gramophones, people start to have real great fun. BadBoy style is energetic and impulsive beat connected with such instruments as saxophone, trumpet, guitar and piano. Those sounds he loves the most.

He played in almost every TriCity clubs. He has also been invited to clubs that are on the international arena: Spain(Ibiza), Russia, Italy, Germany and Austria.

He also had chance to be on air in RMI-FM in the audition called Vinyl Nights also on air for Radio Gdansk. In 2005 in full mobilization he record his first demo set and he sent it to Heineken Music Thirst competition where he was in first ten best. In 2006 he had his debut on the Heineken Open Air ’06 festival organized in Gdynia. His almost 5 hours set was accepted in very positive way, thanks to that he was invited to another editions of Heineken Open Air festivals in ’07 and ’08 (where he played Dj’s Sets and Liveacts) where guests were: Groove Armada, Beastie Boys, Muse, Sonic Youth, The Roots, Laurent Garnier, Freeform Five, Farel Gott, The Strike Boys, Lao Che, Goldfrapp, Massive Attack or known all over the world The Chemical Brothers.

By 2 years he was resident of one of biggest Trycity clubs called The Beach-Bols Copacabana. Creator and initiator of performance called IMPRESAZ – connection of club party and opening exhibition of known artists, organized in in Municipal Theater in Gdynia.Resident of Thursday parties „Milk & Sugar” organized in Soho club in Sopot city. Currently hi is a resident of „Mechanic” club in Gdansk and „Ferber” club in Sopot.

In 2007 he establish cooperation with radio RMFMaxx also with artistic agency „Prowokator”. He also cooperates with different agencies and he is responsible for preparing music resources during fashion shows. He planes to start product his own compositions and prepare remixes of famous artists compositions in very close future. 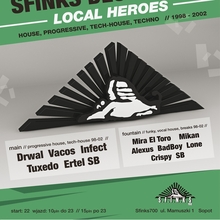 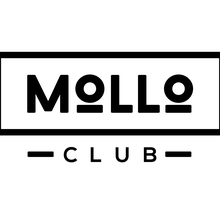